Christy Libbus, cello, has been an active performer, chamber musician, and teacher in the Twin Cities since 2003. Previously, she lived in Cleveland, Ohio, where she performed as a member of the Gitano Quartet and in chamber ensembles with members of the Cleveland Orchestra. She also taught at the Cleveland Institute of Music and performed in the orchestras of Akron, Canton, and Youngstown, as well as in the Cleveland Chamber Orchestra.

Christy received her Bachelor of Music in Cello Performance from Baylor University and her Master of Music from Florida State University. Christy currently teaches at the MacPhail Center for Music. 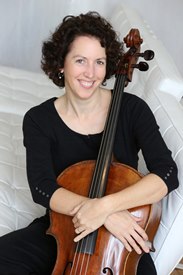